Best ad networks for bloggers 2021. the most exciting part about starting an online business is of course when you start making money and one of the easiest ways to do that is through ads.

some of their rates and some of their payouts will vary. we’re going to talk about the best ad networks for you.

The first one we’re going to talk about is ezoic. Ezoic is an ad network an ad provider or an ad company. It will put ads on your site. They say they do some special things on their website.

Of course, every ad company is going to say what they do differently. The big thing is that they have a computer-driven algorithm driven by something very smart like artificial intelligence that puts the ads on your site and then it runs hundreds and thousands of tests.

when users come to your site based on the user’s history based on the history of the page that the ads are on and they say that they can place the most optimized ads on your site per page per user.

this is cool, it’s something that we are not seeing. Ezoic is very unique in the way that they have this technology that they’re running and I think that it works well some things about ezoic though  it takes time with any ad company for them to ramp up your ads.

With that being said, at any company, you’re going to have to run through some sort of testing phase or testing process so this isn’t a huge deal but it is something to be aware of.

if you ever end up switching companies at companies and then going to a different company like mediavine which we’re going to discuss about it a little bit later.

If you ever wanted to go back to ezoic they’d have to restart that testing process again.so your rates would probably start lower and then go higher and higher.I have worked with these quite a lot, quite a few years back we had a little bit of an issue with them.

I had we had some negative experiences but they approached us said let’s make this right and they showed us the technology they’re using they showed us what they do and they have some impressive things.

It’s a great team so for a young creator, someone who’s just getting started, ezoic is a great place to get started. they’re going to give you better ad rates than mediavine or just by running Google AdSense ads on your site.

the second one we’re going to talk about is mediavine now before we keep going. I should probably say the ones that I’m talking about today you may have heard of before these are the ad networks or companies that I’ve worked with personally.

I don’t write an article about an ad network that I’ve never used before because if I haven’t used it then I can’t give you an honest opinion or review of it so that’s why I’m using them.

mediavine is one of the Best ad networks for bloggers now they say that these are the reasons why they’re different they make your site fast high quality data-driven they have cool video ads. they have a great community you can kind of see what other people are doing and then dynamic ad placement every ad company is going to tell you these things or very similar things

That’s what mediavine says they are special for and one thing that I like about mediavine is that they are a very small company and their customer support is fantastic.

they’ll get back to you quickly and they are very very helpful if you want to know what you have to do to get into mediavine that becomes a little bit of an issue if you are a smaller creator.

To get into mediavine you have to have 50 000 sessions in the previous 30 days per google analytics qNow that’s not page views, that’s sessions so it’s going to take you a little bit longer to get there.

But by the time you have 50 000 pages, there’s a good chance that you can make some significant amount of money with ads you just have to wait a lot longer which can be discouraging if you’re working on a site or a project for a long time and you just finally get monetization at fifty thousand page views.

when at an ezoic  you could have started ten thousand and then ramped up from there so that’s up to you. you do have to have been in good standing with google Adsense you can’t be banned from them or anything.

websites that are in good standing with google and that help user because that’s providing the best user experience and therefore making more ad money something that you would also need to know about mediavine is that they do want a lot of u.s or UK based traffic.

They want advertisers naturally want traffic coming from places that have people who are more likely or worth more in the advertiser’s eyes and I know that sounds kind of bad but the reality is that u.s traffic

UK traffic maybe Australian traffic they are just going to have more buyer intent there’s going to be probably a lot more money floating around there and so advertisers just simply pay more for those types of traffic.

It’s nothing against anybody else in any other part of the world but it’s just the business of ads and so that they want to get the most money and so that’s why so try and create content try to create your website in a way that is geared toward that type of traffic so that you can be successful in getting accepted.

Again mediavine is at 50 000 sessions it used to be 30 or maybe 25.now don’t quote me on that I might be wrong but they did just recently go up to this 50 000 sessions because they were having so many people applying.

It just made me smile when I saw that it is just a very small company and so they’re doing great things but there are some limitations that they have on the fact that they are a very small ad network company.

The last option is for those really who have a big kind of mega-site, something that’s been running for a while and very successful. Adthrive is a great company we’ve worked with them for a long time

they’ve always gotten back to me were extremely helpful got the ads taken care of even multiple times in a row where it didn’t quite work and then they’d help me out again they were just always very very helpful very quick to make sure that I was I am really happy with the ad placements and the ad density on my site.

There is a threshold for ad thrive as well. It’s a hundred thousand page views a month so your site has to be big to get on to this platform but it could be well worth it. We’ve had some great RPMs with ad thrive.

They are very professional again. It’s a fairly small company but they do a great job so they say they are special because they have custom ad placements just like everybody else.

Advertiser relationship management they worry about and they take care of the communication between the actual advertisers so that you don’t have to do different campaigns.

They say that they also have video monetizations. You can do video ads. This is fairly new across the companies mediavine has had it for a little bit longer and you can get crazy payment amounts through the video ads.

All the other ad platforms are kind of jumping on that bandwagon and doing that you get great support like I mentioned a great dashboard they also have a community.

The value of having these communities is that you get to be in a group of people who have a site similar to the size of yours so you get a lot of insights from those people ezoic you probably have some huge companies there in their community and then some smaller ones mediavine you know the base is 50 000 page views a month and then for ad thrive base is a hundred thousand.

So you’ll get really good information from those other companies that can help you with your advertising money and where to put ads and all those sorts of things out of all these three companies do I have a favorite, not I think that they’re all great.

I don’t think that there is one advertiser who is the perfect fit for all creators. You can get different payment amounts based on what niche you’re in, maybe it will pay well for the artist niche.

page view a month mark because why not if you can get started getting some money early on it’s going to motivate you to keep growing your business.

Then you might find that with this oak you’re getting great payouts and so maybe you stick with them. I know a lot of people with huge sites on ezoic and they are doing extremely well.

Ezoic is kind of known for working with smaller sites but that’s not always the case if they work with some huge sites. they’re doing some great things with those sites so easily is a great platform again

mediavine might be a better option it might be worth testing it out one thing that is cool about ezoic that if you’re on a different platform and you want to test ezoic ezoic  will let you test their ads on certain pages so that you can compare how much money you’re making from ezoic versus mediavine or ad thrive.

Ezoic just says hey if we can give you the best rate then we will and so they want you to test those things but a lot of other places won’t let you. so what is kind of cool about ezoic is they are confident in what they can do for you and from what I’ve heard from the higher-ups of their companies that oftentimes they can be out RPMs of other companies as long as you let

I don’t necessarily think ad thrive is the best option I think it could be a good option for you but I think mediavine could. ezoic it’s just up to you I would test Then I would try different ones to see which one works for you, see what the support is for each one, how you like it, what the feeling is.

Ezoic creates a great ad experience for young creators who are just getting started. 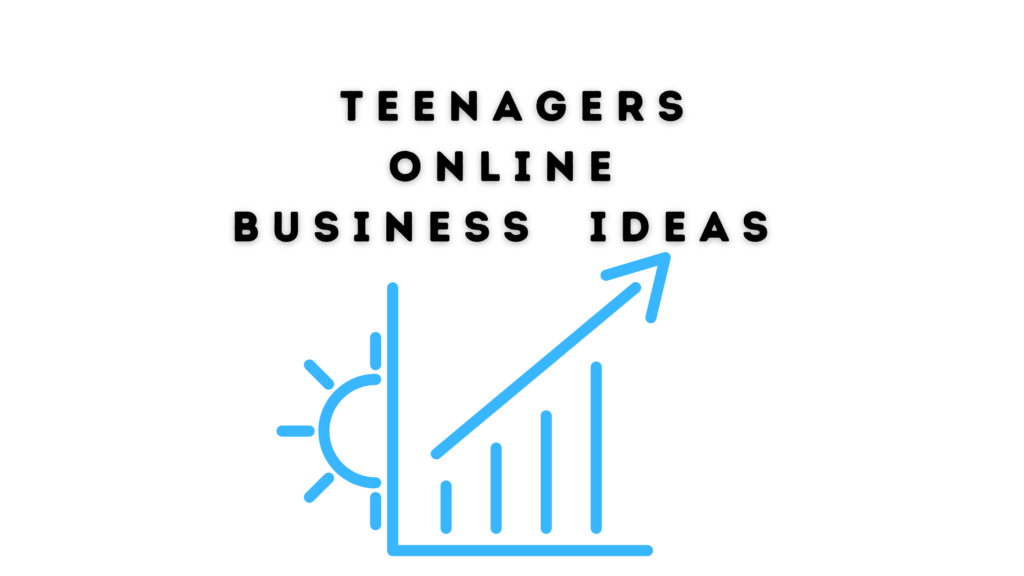 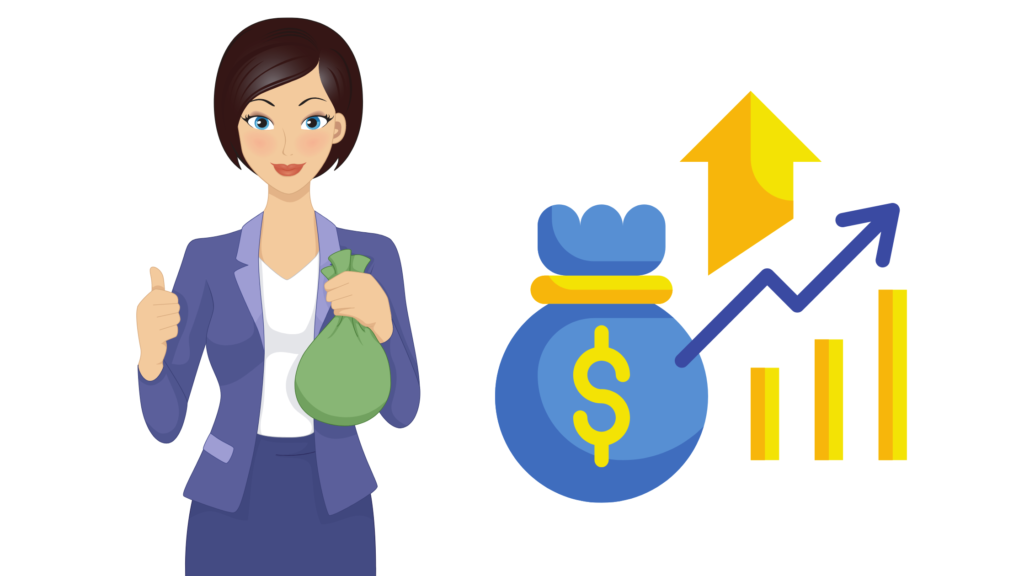 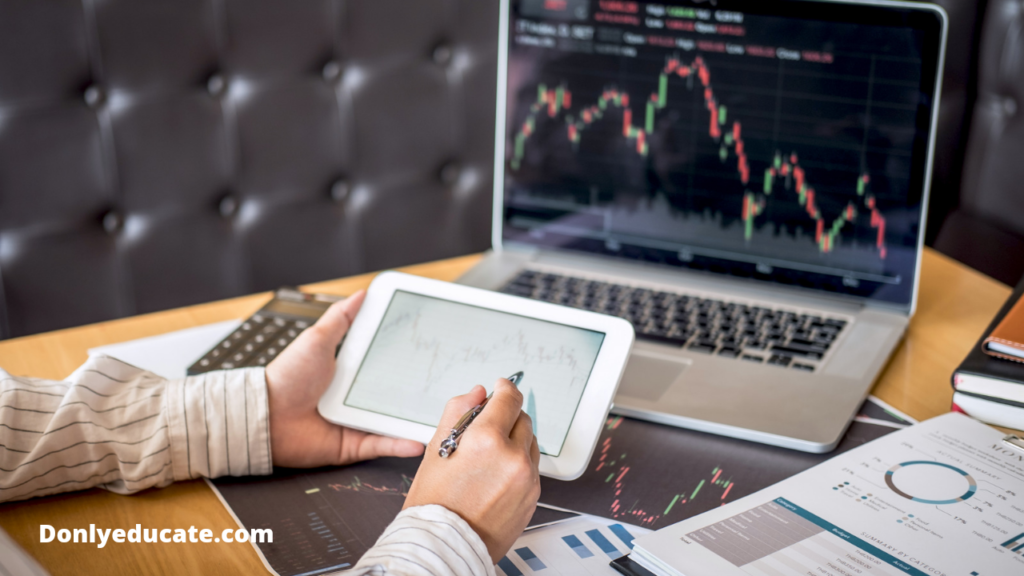